4 Holiday Songs You May Not Have Heard Before 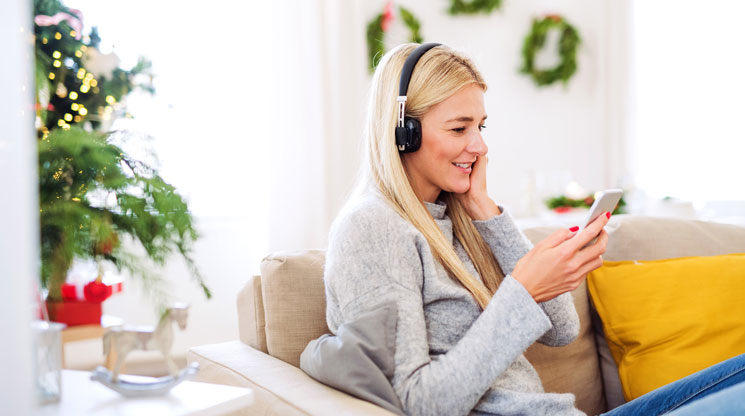 A common tradition around the holidays is to listen to an assortment of holiday-themed songs that are played on the radio. While many of these songs are popular in the mainstream, some of them are not as well-known. Expand your horizons over the holidays and give these lesser-known holiday songs a listen.

“Merry Christmas, Here’s to Many More”

Relient K’s “Merry Christmas, Here’s to Many More” debuted in 2007, and it’s certainly different from many other songs you hear around the holidays. The song itself refers to the idea that the lead up to holidays like Christmas can be stressful for many people. However, that stress can be set aside once people are able to spend time with people they care about.

Life can be difficult at times, but you must never forget that there are people who care about your well-being. If you are ever feeling down during the holidays, take a few minutes to listen to this song.

“Under a Million Lights”

Here’s a recent song you might not be familiar with. Performed by Tom Chaplin, “Under a Million Lights” was released as part of Chaplin’s “Twelve Tales of Christmas” album in November 2017. The song itself is not completely about the holidays, but since it’s primarily about reflection towards the end of the year, it serves well as a holiday song.

The idea of the song is to reflect on the previous year and to think about what you will do for the upcoming year. As a result, it captures the idea of hopefulness, which is a fitting theme for the holidays. This is a great song to play around the holidays if you are looking for a newer song to add to your playlist.

There are many songs played around the holidays that are about snow. If you are looking for a different song on the topic, you should listen to “Snow,” performed by the group Sleeping At Last.

This song is not complex, but it does offer a good look into the many traditions that take place in December, such as making snow angels and singing carols. It’s a simple song that highlights the warmth people feel around holidays like Christmas. Give this song a listen if you want to listen to a nice, uplifting tune.

Christmas is a great holiday for many people, but let’s be honest, there are some things about it that can be annoying. If you are looking for a good laugh over the holidays, you should listen to the “12 Pains of Christmas” song by Bob Rivers.

Most Christmas songs try to get you into the spirit of the holidays, but this song chooses to poke fun at many of the more annoying aspects of the holidays. Whether it’s hanging up Christmas lights, paying bills, or dealing with annoying relatives, this song makes fun of the many hassles people deal with over the holidays. If you are looking for a good a laugh, listen to this song.